So! Our Big News! We did a deal with a publisher to help us sell Autonauts.

Autonauts will now be officially released towards the end of this year, on PC first via Steam Early Access and growing out from there. The focus will still be on technology leading up to but not including the invention of steam power (that and future technology will added over time after the initial release).

Yes, it’s more waiting. But, to be honest, without this deal, it’s doubtful that Autonauts would have made it, let alone to the quality we want. It’s a tedious reality, but it takes time and energy to constantly chase financing and that’s always at the expense of creating something. The best thing about our new partnership is it gives us improved stability so we can focus on making the game; we get support with everything from localisation in multiple languages to more expansive quality assurance testing and marketing.

Over the past year or so, of all the publishers we showed Autonauts to, this one grinned the most when they saw the game; since then they’ve been enthusiastic and pragmatic about its potential, which we found most reassuring.

Who is this publisher?

We can’t say just yet. While the ink is dry on the contract and we’ve successfully delivered our first two milestones, there’s still some work behind the scenes to be done before an official announcement is made. We just wanted to keep you in the loop as soon as possible.

In the meantime, here are some screenshots from a recent (unreleased) build... 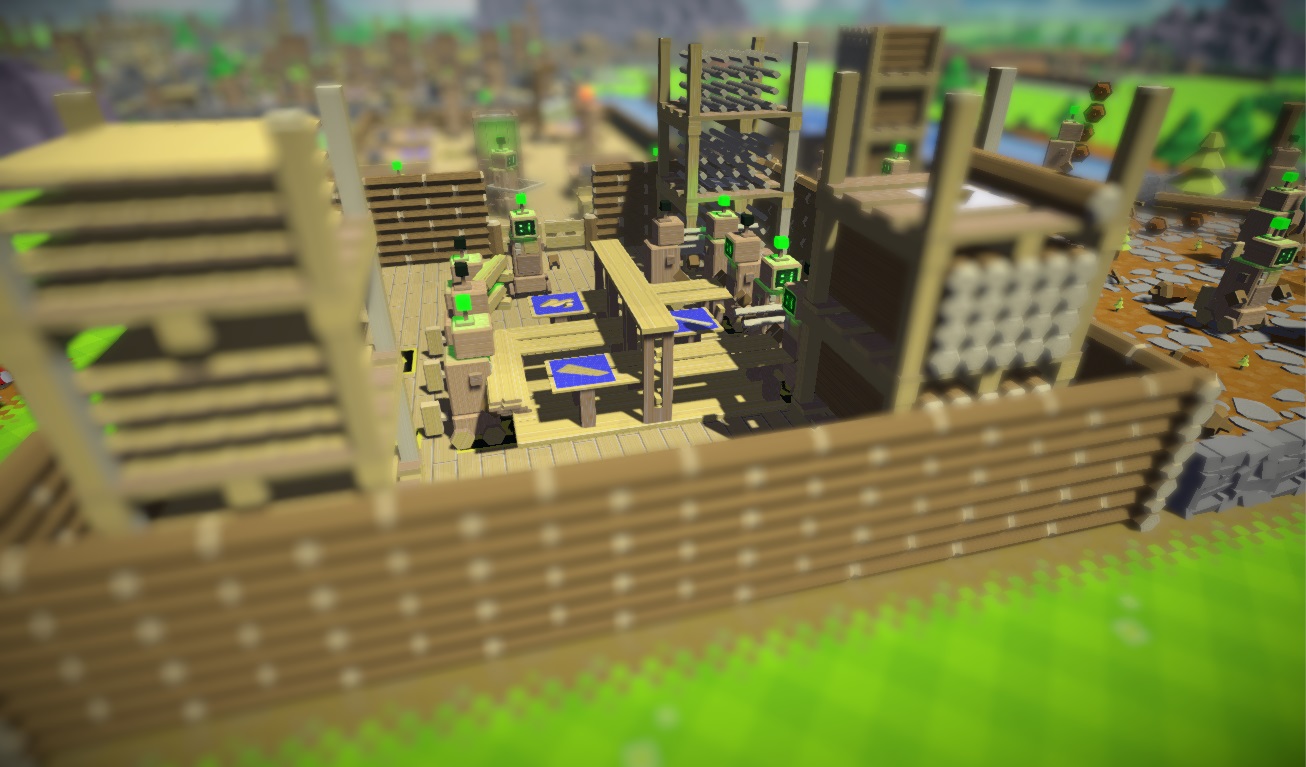 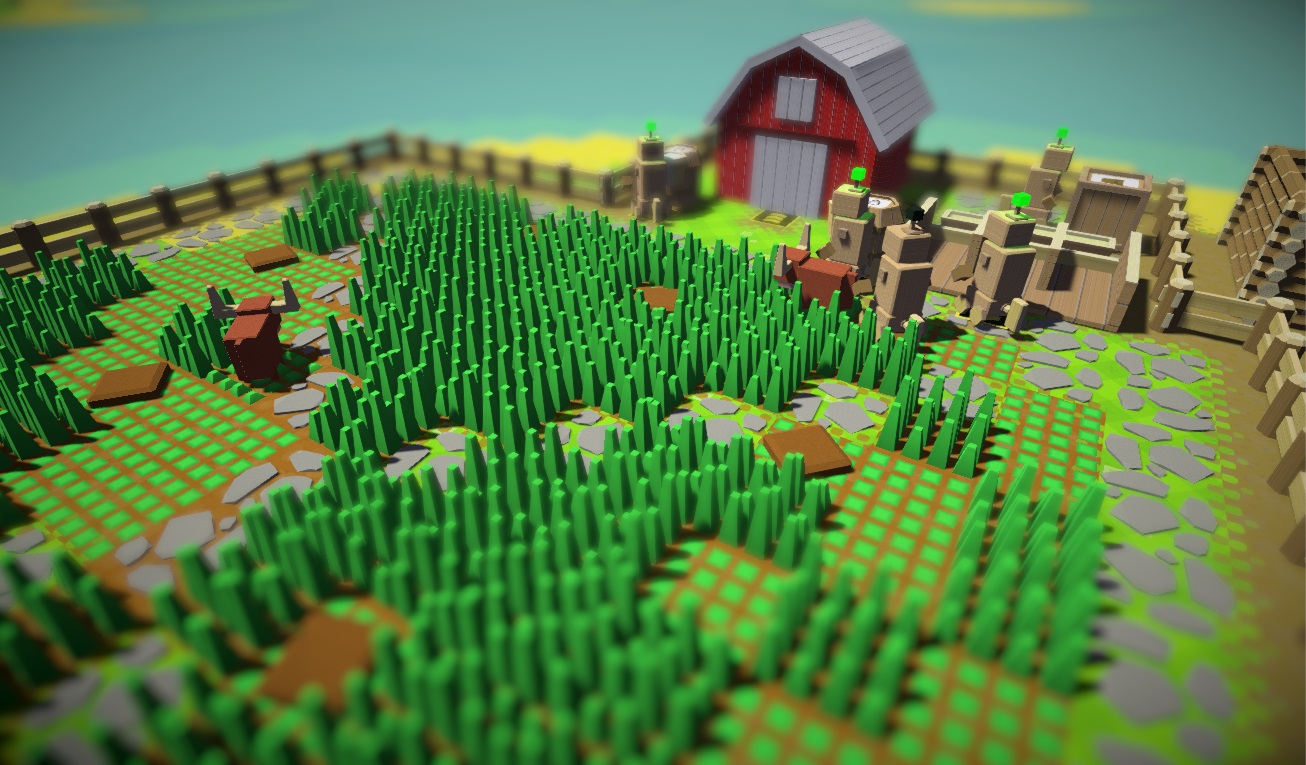 Down on the automated dairy farm, where we're breeding highland cows for their milky goodness. 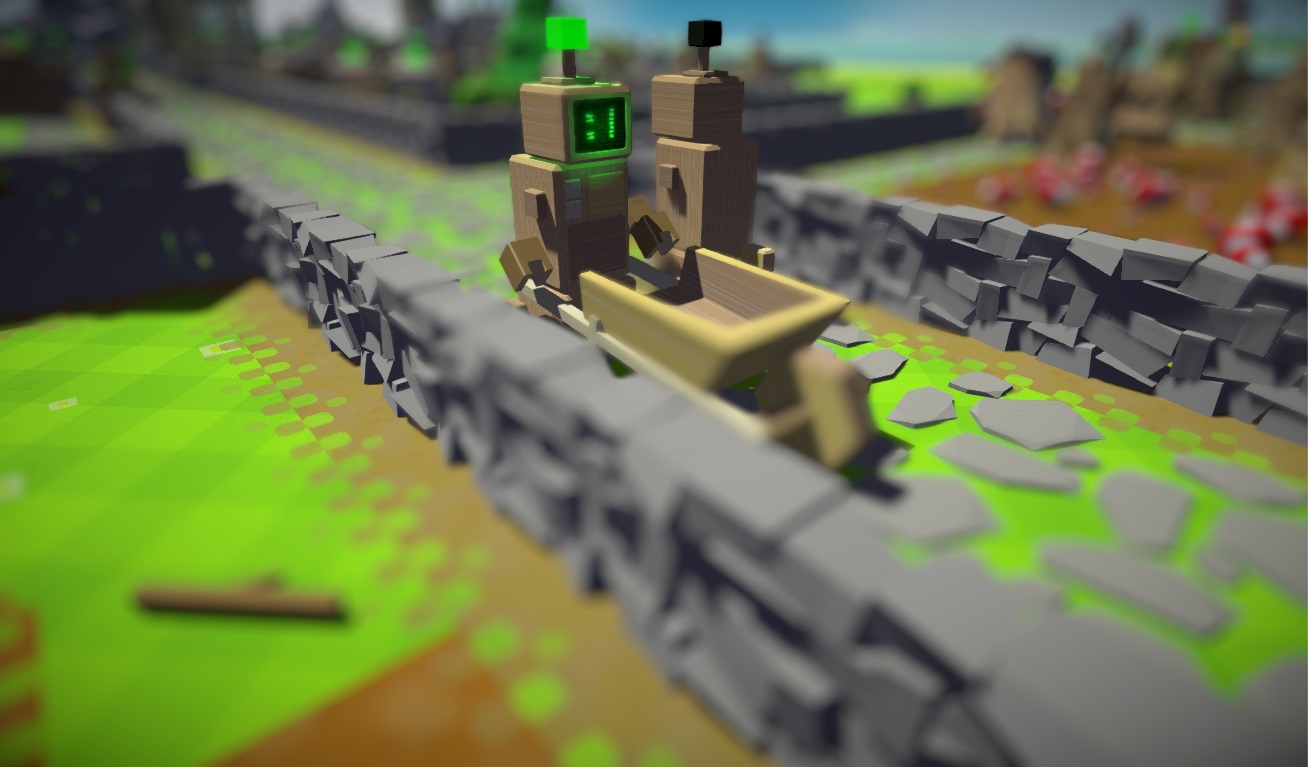 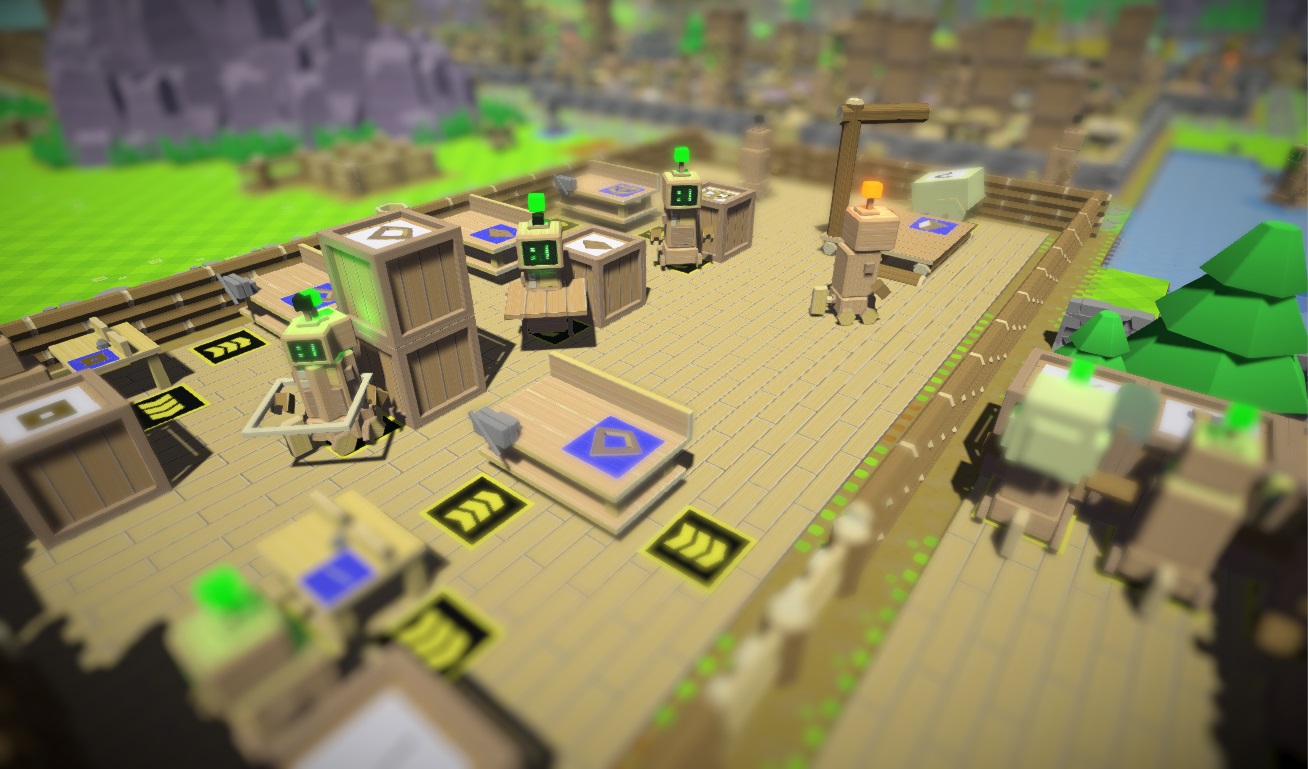 An automated workshop making structural parts such as frames and panels. 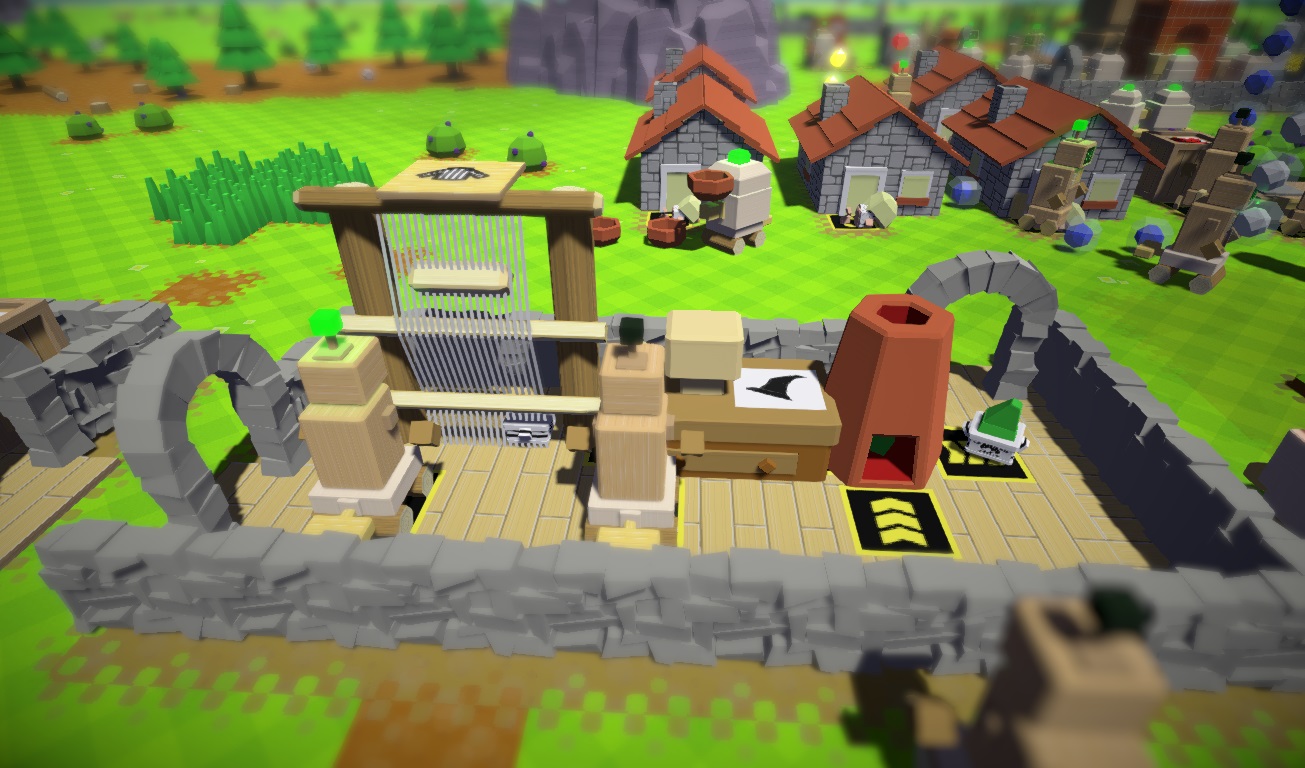 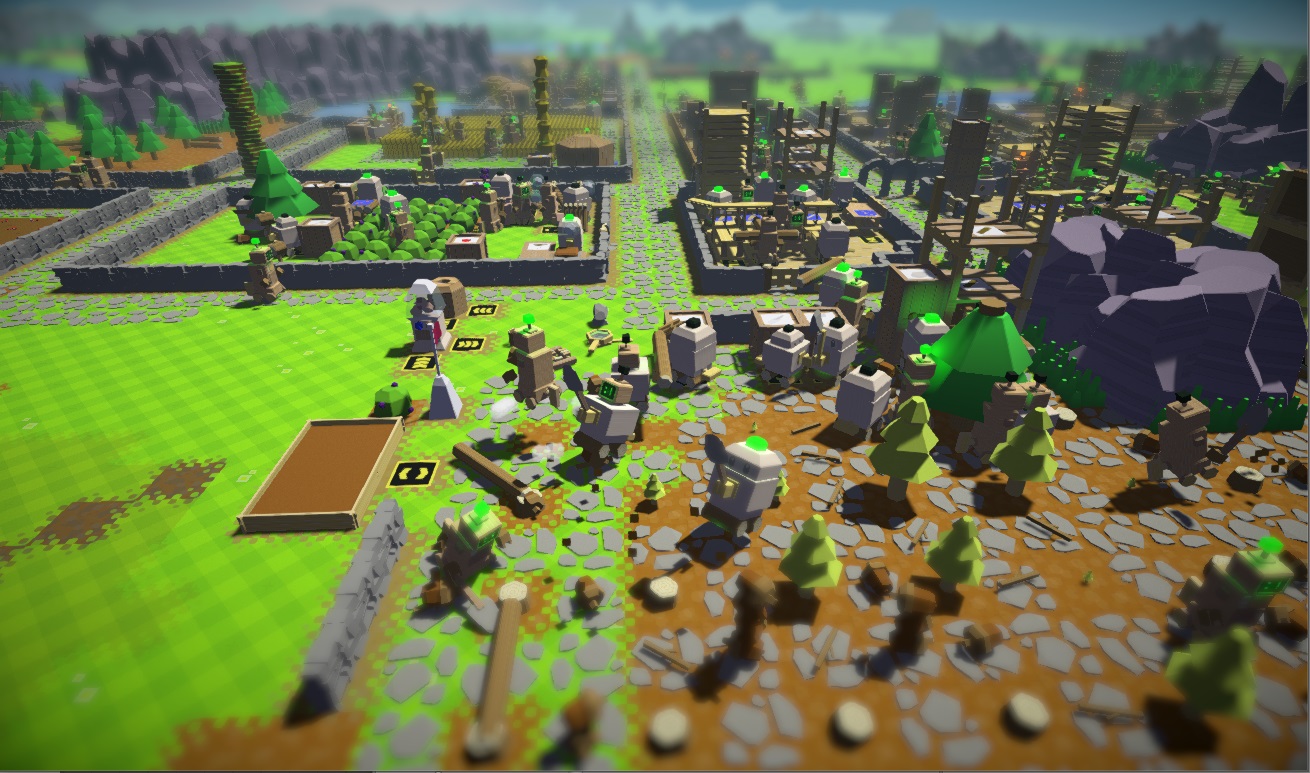 Extreme automation in progress. The new large rock formations can be mined for stone to be shaped for building.

You also might enjoy this unlisted video we made last year as part of our update package for final part of our UK Games Fund grant.

“Will there be any form of Beta program?” It’s definitely something we’re considering but we can’t say for sure just yet.

“You said that anyone who donated £20 or more on itch.io would automatically get a Steam key when Autonauts was released. Does that still hold true now that you have a publisher?” We did say that and we stand by that - and so does our publisher, which is nice.

Make and teach robots to automate the world!

YES! I have seen this game from the start and have always seen potential in it. Even though I have not donated, it is really nice seeing this game grow up over the course of years.

If i allready have the game insalled RN do i still have to buy it?

Unfortunately the version you have will not be compatible with the next release which will come out on Steam first. So yes, you'd need to buy it. We're hoping to release a free, limited version of the game though.

btw i made a hut for my steam bot which recharges the other bots :)

Will there be a release on console or at least controller support? This game feels like it would be nice to play on a casually Sunday on PS4

We agree! There's no solid plans yet but it's certainly something we'd like to do. It will depend on the success on PC

got to ask, will there be any benefits of keeping folks happy? as far as i can see in ver21.2, they just sit there expecting to be fed and clothed

Folk are now a key part of the game. They give you hearts in return for feeding and clothing them, which you use to research new technology.

And here I was hoping to own this game's release copy on itch.io. :-(

I wish this game could have stayed DRM-Free since those are the types of games I prefer to buy.

If you ever have a release on GOG.com, I'd love to buy your game!

You're In luck! We won't be exclusive to Steam, but what the other vendors are still need to be decided between us and our publisher.  We may even publish the full thing on Itch :)

Reply
Wade The Wolf3 years ago(+1)

Congratulations to you for your contract with the publicist.  I look forward to seeing the release of the new version of Autonauts.   I have a few questions for you.

What will you call this version?

I see from your screenshots and your video that all of the Storage Bins have question marks on them.  Will those Bins get symbols that show what they contain like the current version has?

I don't see any Folks or Natives.  Will Folks exist in the new version?

I don't see any names on the bots.  Will we still be able to make Name Badges and give names to the bots?

In the current version, the Save file was a .txt file which allowed us to edit it using MS Notepad.  I found that editing the Save file provided a lot of interesting capabilities, such as naming the Folk, adding additional cows, and changing the type of land on the grid.  Will the Save file remain as a .txt file?  If not, what will its file extension be?  Will we still be able to edit the Save file?

Thank you for all that you have done.

The game will still be called Autonauts and we won't be applying a version name like we used to in the prototype.

Yes, every building that can accept an item will have these signs showing what is stored in them.

Bots now don't need badges to be renamed, you can rename them any time you like.

Yes we'll be sticking with the txt format though a lot of the variable names have changed so the old files are completely incompatible with the new game.

Thank you for this information.  This will be very helpful.

Are  the "Folk Seeds" things that the Farmer/Player can find on the map, or do we need to create a special building (or "bedroom" ;)), or is there some other method for creating them?  If there needs to be a building or bedroom, how many Folks need to enter it?  Unless there is an "Adam" and an "Eve" at the start of the game or maybe only two Folk Seeds that could be found, I guess that there probably won't be a building or a bedroom.

Once I have purchased the new Autonauts, I expect that I will have lots of questions for you about the new variable names and their values.  Thank you.

When you land your ship on a new planet you'll also be given a box of infinite Folk Seeds to colonise with.

Sounds like a good background story to me. Curiouser and curiouser ...

That's fantastic news, guys. And well deserved it is too.